As I’ve said, I’m not a big fan of tuna in any shape or form, so I can’t say that I was looking forward to this recipe for Skinny Tuna Cakes.  In fact, I didn’t even try these.  I did make them for Phillip though since he is a fan of most things fish.  I think he liked them pretty well.  Here’s how they came together: 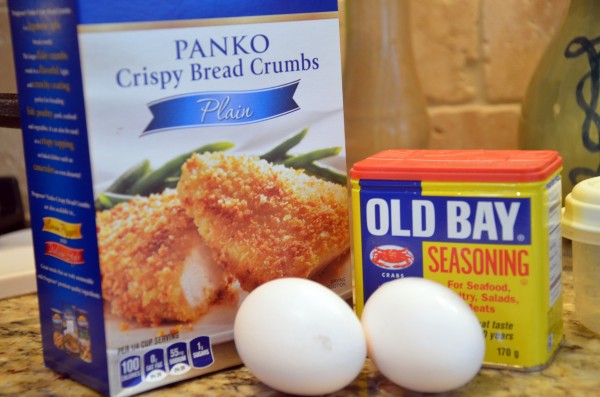 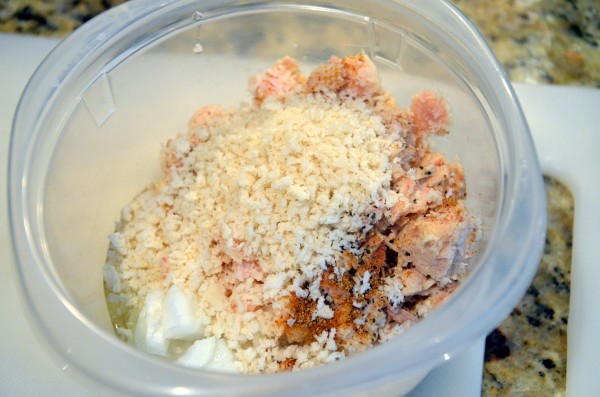 In a separate bowl, I mixed mayonnaise, chili powder, and lime juice to make the tuna cake topping.  Watson was very interested in what we were doing in the kitchen – I think he probably would have enjoyed these tuna cakes! 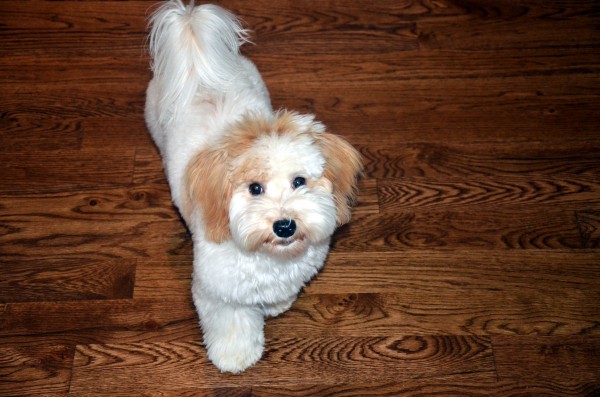 Phillip made the cakes and I browned them on both sides in a greased skillet over medium heat. 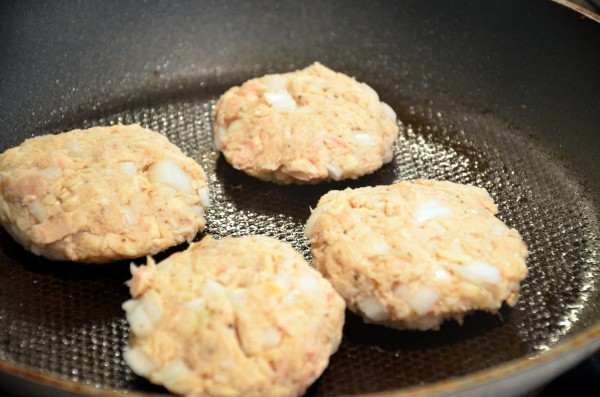 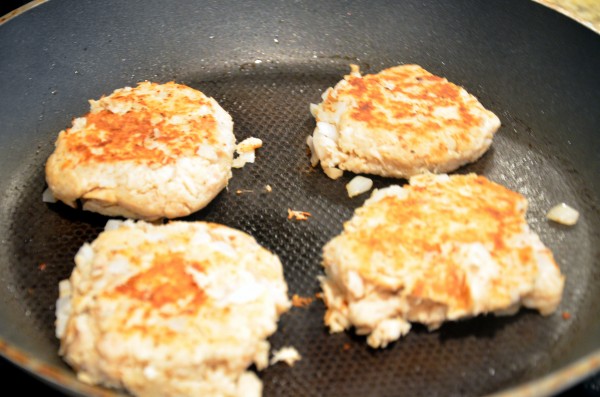 The cakes were served with the mayo topping and we added our favorite broccoli dish as a side. 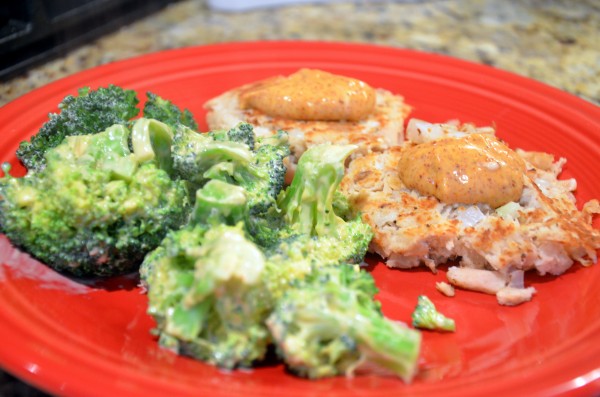 Like I said, I didn’t eat these, so I can’t speak to how they tasted.  I do know that they could probably have used either the entire egg or some mayonnaise to bind them because they were very delicate and difficult to keep together.  It was definitely an easy and relatively inexpensive recipe though, so if you like tuna, break away from the weekly standards of chicken, pork, and beef and give these a try.  As for me, I’ll just stick to the crab version.