We like blueberries around here – blueberry muffins, blueberry pancakes, blueberry french toast, etc.  Phillip has a favorite blueberry pie that his family has enjoyed for many a year, but we were glad to try this version as well.  Now, don’t be intimidated by the lattice!  It’s actually really easy to do.  Here’s how it came together:

First, I rinsed the blueberries (I used frozen). 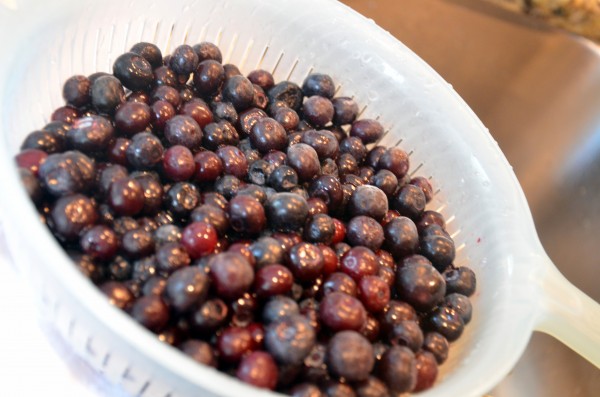 I mixed together brown sugar, cornstarch, orange zest, and almond extract in a separate bowl, then tossed in the blueberries to coat. 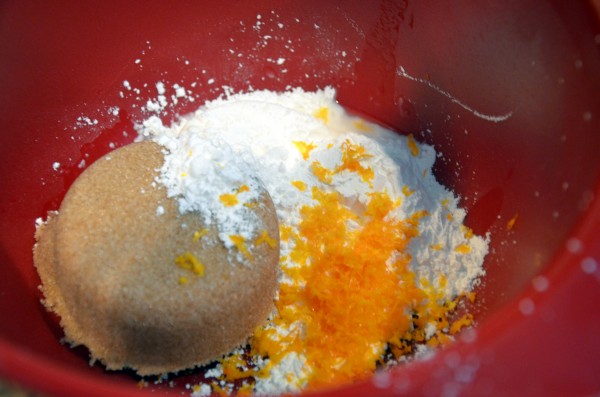 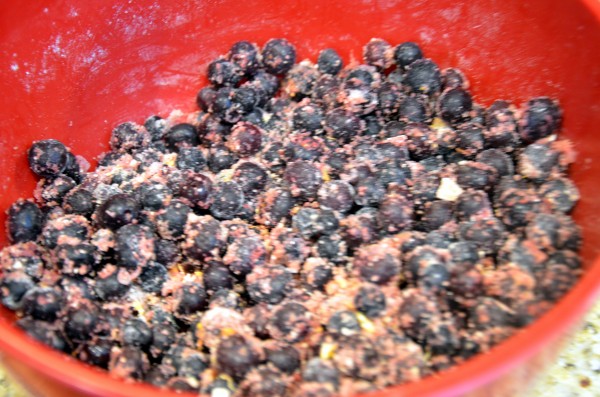 I used two frozen deep-dish pie shells, but in retrospect, the roll of pie dough you can get in the refrigerated section would probably have been easier to work with for this recipe.  I set one shell aside for the pie and then removed the other from its pan to roll it out for the lattice crust.  I rolled it out in a circle and then cut that into the shape of a square.  Then, I cut the square into ten equal strips.  After that, it was just a matter of weaving the strips on top of the pie. 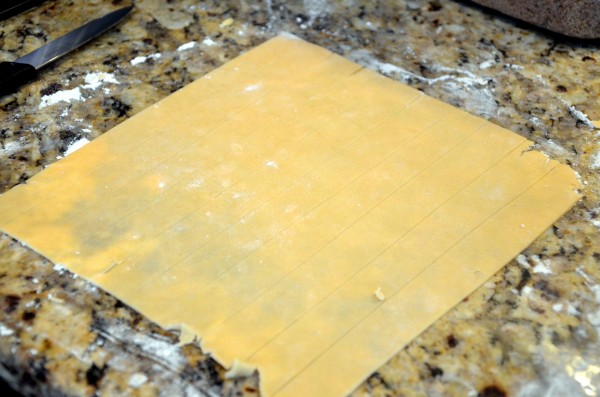 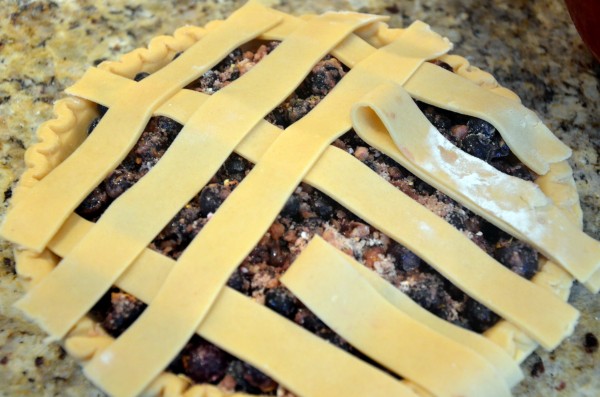 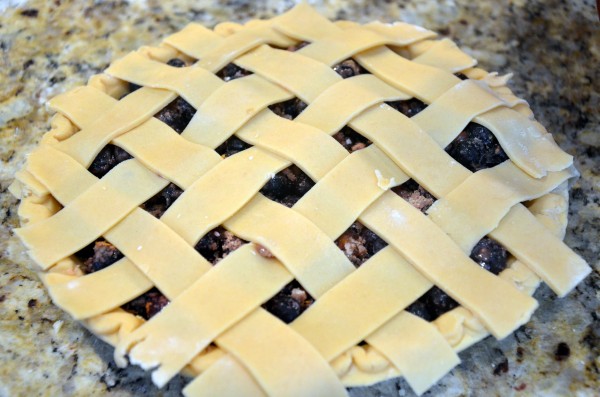 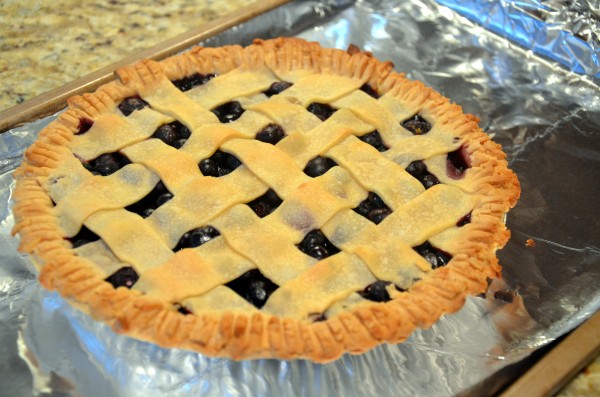 The recipe suggests that you serve the pie at room temperature.  It was okay that way, but we really felt like there was just something missing when we ate it the first evening.  But, when we heated it up the next day and served it cobbler-style alongside some vanilla frozen yogurt, it was much better!  Also, I would probably reduce the amount of blueberries by a full cup.  The recipe calls for six cups, but I couldn’t fit that many in the pie shell.  Ultimately, this was a pretty easy recipe that looks much more difficult to make than it really is.  We’ll probably stick with the standard family favorite, but it was nice to try something a little different.