And the Boys Played On

This weekend Phillip’s brother, Ben, drove down from Charlotte for a visit.  Cue guy-time.  Phillip and Ben convinced (not that it was all that hard) their friends Bobby and Scott to come over on Friday night to indulge in one of the guys’ favorite pastimes, just like old times when they all lived in Tuscaloosa.  And that’s how I ended up watching four boys play frisbee golf and Super Smash Brothers on Playstation and Wii for hours.  It’s fun to be a spectator for that sort of thing though – they are so funny when they get together. 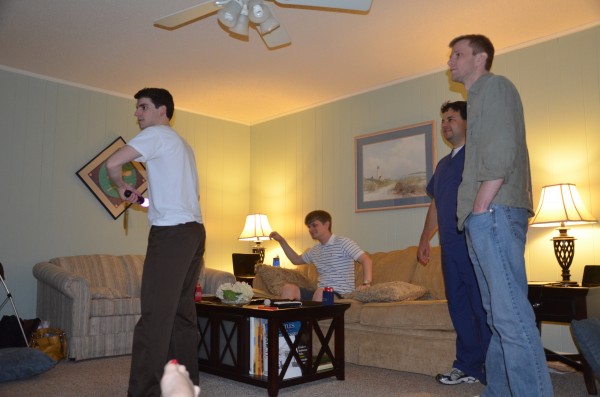 Things can get pretty intense when those frisbees are flying. 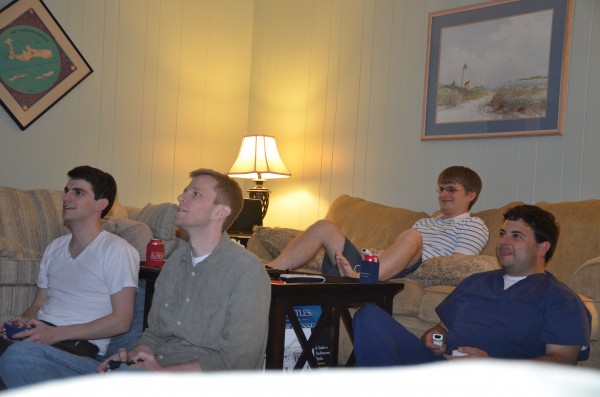 And everything is right with the world.

They played on until well after midnight, long after I’d retired for the evening (because, as you all know, I haven’t been “midnight cool” in years – okay, maybe never).  On Saturday, Phillip tried to catch up on his sleep while I caught up with Ben.  Bobby came over in the afternoon and Phillip convinced the guys to help him with a little yardwork. 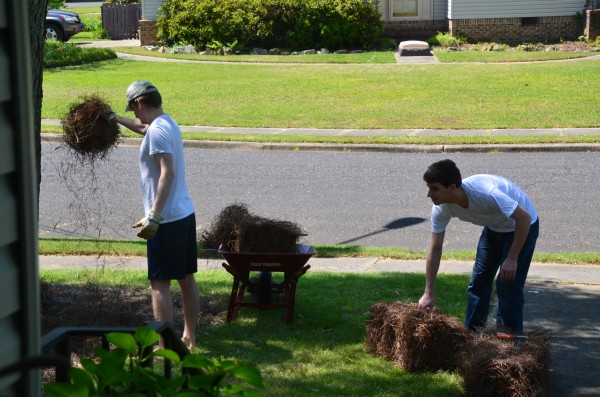 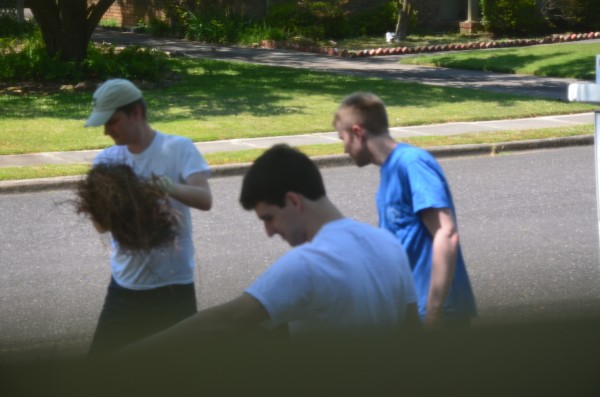 My covert shots from between the blinds in the dining room. By this point, they were over me documenting the weekend, so I had to be sneaky.

It was a beautiful afternoon, so the boys decided to break in Phillip’s bocce ball set at Crestline Park.  I tagged along as the fourth “man”, and we all enjoyed several rounds of bocce in the park. 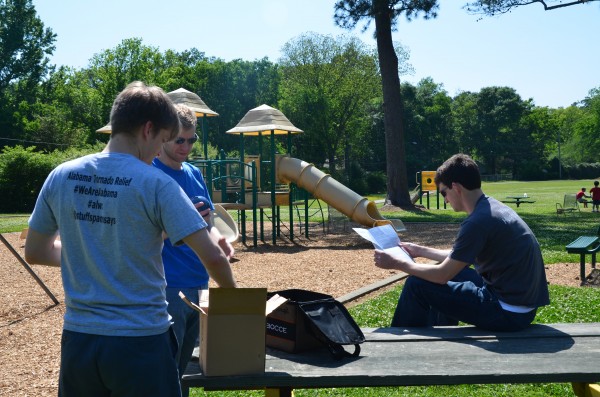 Brand new out of the box. 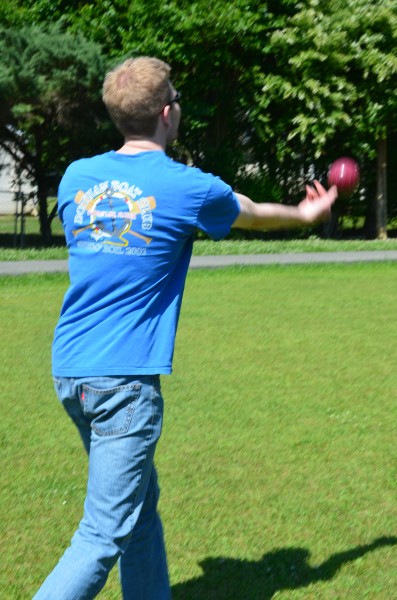 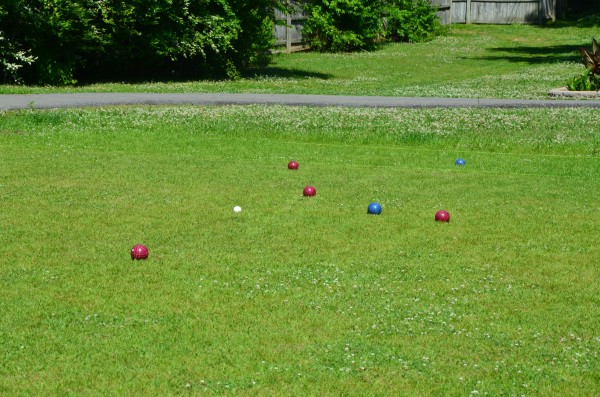 Bobby and Ben were the red team, and Phillip and I were the blue team. 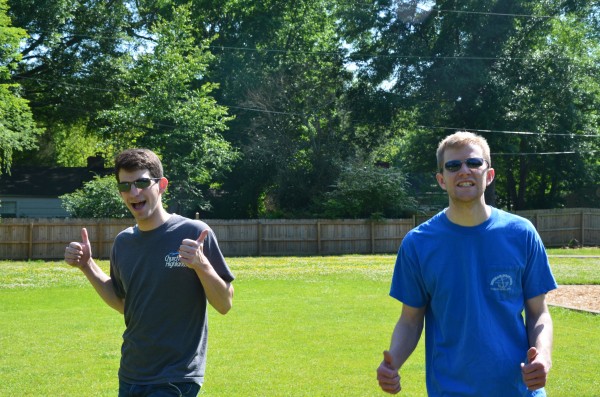 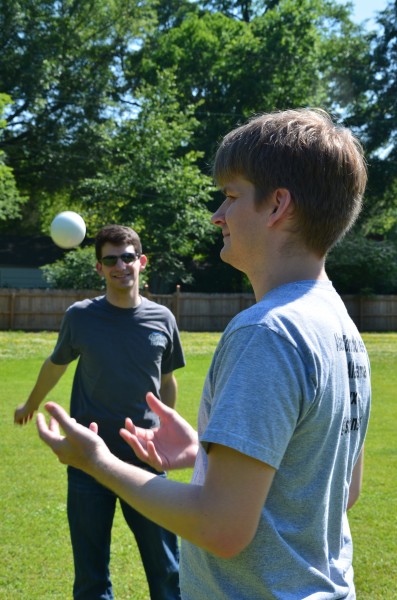 Later that afternoon the boys relived part of their childhood by watching The Adventures of Tin Tin, which Phillip had been saving for this particular occasion.  It was a cute movie and it was amazing how many details Phillip and Ben remembered from the old cartoon series.  Scott showed back up shortly after the movie ended (despite his very busy med school hospital rotation schedule in Tuscaloosa) and they broke out into frisbee golf once more.  Long live male bonding.  And the wives that support such things.

This entry was posted in Phillip + Jennifer. Bookmark the permalink.