Probably since before I wanted to drive, I’ve wanted to learn to fly. Unfortunately, I’ve always been limited by the lack of time or money, and my parents always said it was too dangerous (as my dad gets on his motorcycle…). However, for my birthday last year, Jennifer got me a gift certificate for a discovery flight at the Birmingham Flight Center. Shortly thereafter, I started the busiest 4 consecutive months of residency, and I just now got around to arranging my flight. Actually, I had been trying to arrange it for about 3 weeks, but the weather kept intervening. Finally, it was clear this past Sunday, and better yet, Jennifer could go! 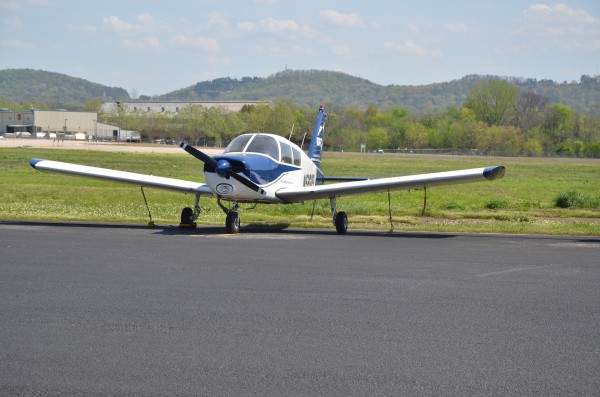 After doing a preflight check, we donned our headsets, I started up the engine, and Mitch talked with air traffic control (Jennifer and I could only understand about 25% of what they were saying). I taxied to the other end of the runway and waited for a Delta jet to get out of the way before taking off towards downtown Birmingham. 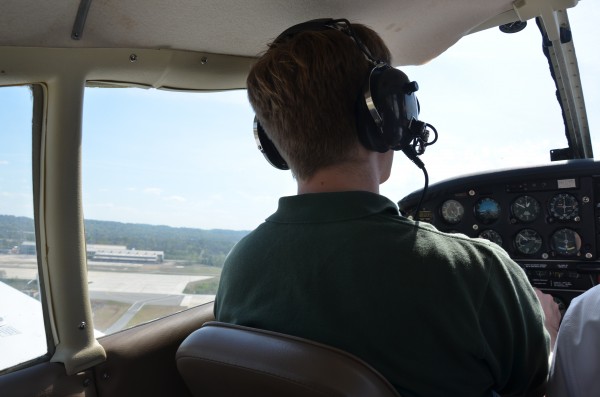 I’ll be honest, takeoff was a little bumpy. Evidently a warm spring afternoon is not the smoothest time to fly a small plane. After reaching about 1600 feet or so, we turned south and flew over Red Mountain. 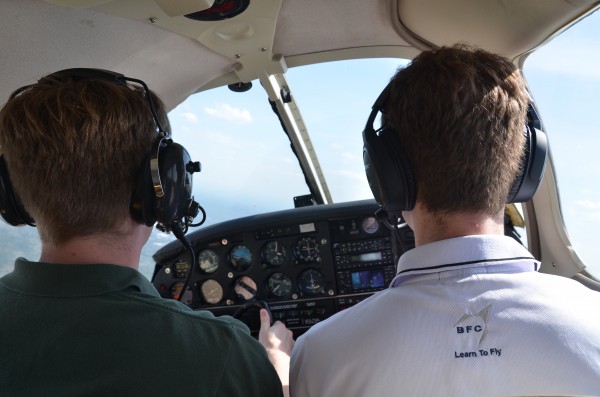 Mitch then had me practice climbing turns, level flight, level turns, and sharp turns. He then did a steep climb and dive to demonstrate negative G’s. Jennifer wasn’t a fan, but I think the turbulence on takeoff was much more disconcerting than either the positive or negative G’s. 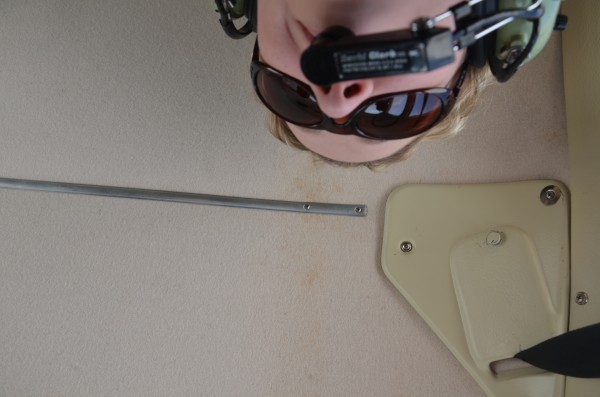 Jennifer was clearly paying close attention in the back. 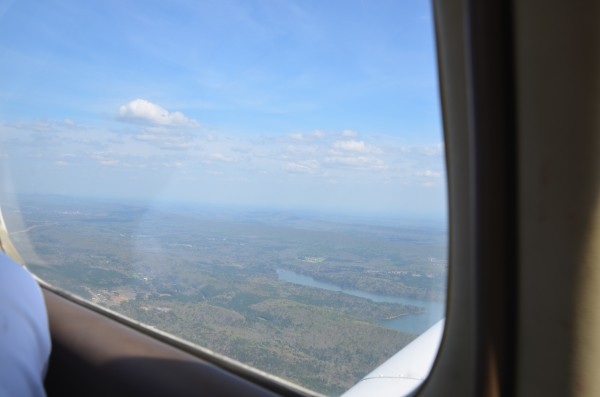 While I practiced some maneuvers, we turned east and flew past Lake Purdy (and pretty much over our house). We then started our descent and turned north to fly the base leg before turning west to begin the final approach back into the Birmingham Airport. At that point Mitch took back over the controls. It was a little funny to see a big jet waiting at the end of the runway for our little airplane to land and get out of the way. 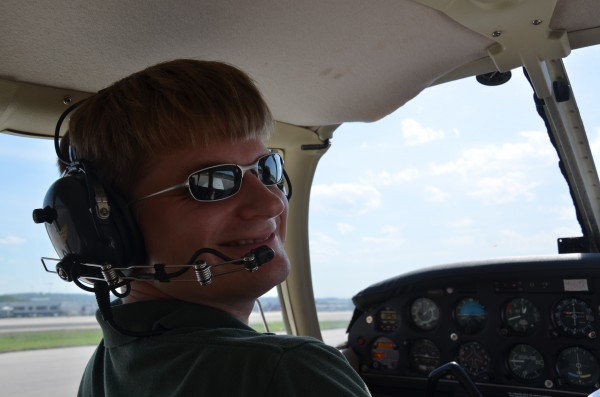 When we were about halfway down the runway, Mitch handed the controls back to me and I taxied back to our parking spot. All in all, it was a fun afternoon!

In retrospect, I wish I had scheduled this flight a lot sooner. Maybe I would have had the time (and money) to work on my private pilot’s license before moving to Charleston. Regardless, thank you, Jennifer, for a great birthday present!

This entry was posted in Phillip + Jennifer. Bookmark the permalink.