I’m behind on Sweet as Pie this month!  For the second March installment, I made PW’s Chicken Pot Pie, picked by my cousin Katie from Come Hell or High Waters.  I even took the time to make my own pie crust. 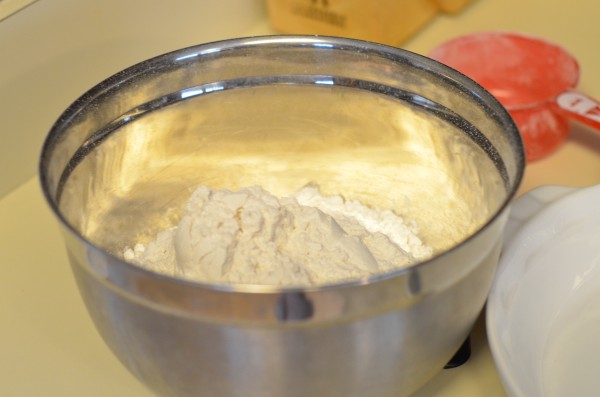 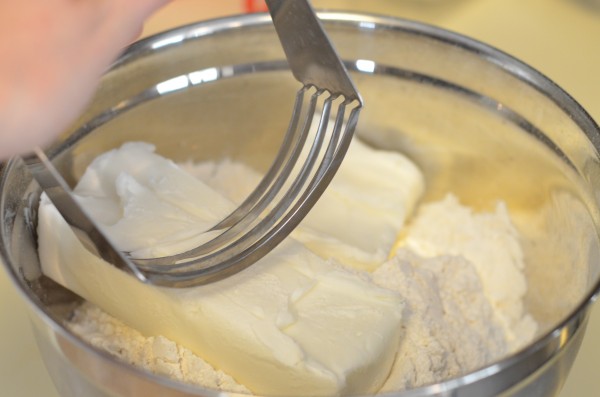 Cutting in the shortening (sorry, but I still think butter tastes better in a pie crust). 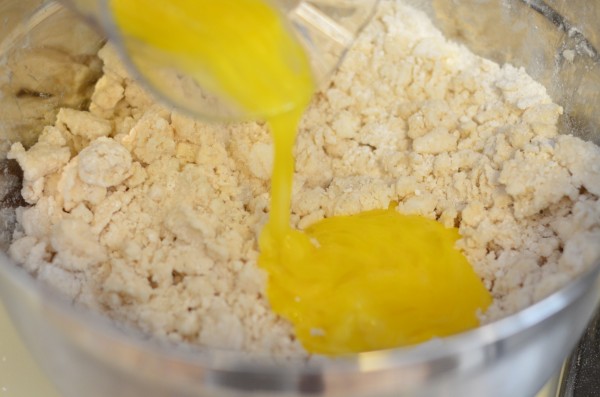 Add in the egg and stir to combine. This recipe makes two pie crusts, so I now have an extra in the freezer. Strawberry pie, maybe?

Once the pie crust was made, I got to work on the pot part of the pie.  I used some leftover grilled chicken we’d made earlier in the week, so the chicken part was easy. 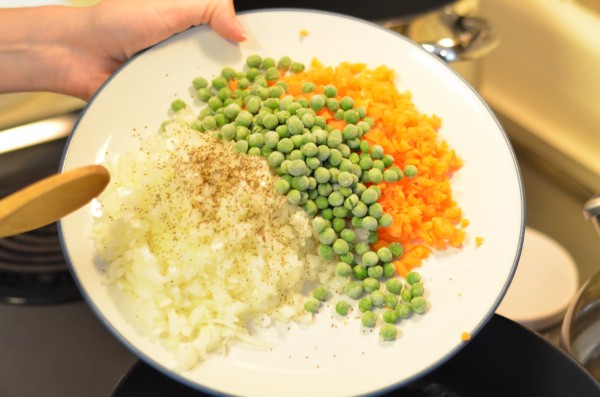 Our vegetable medley - onions, carrots, and some peas for Phillip. We skipped the celery because neither of us cares for it - I did sprinkle on a little celery seed though. 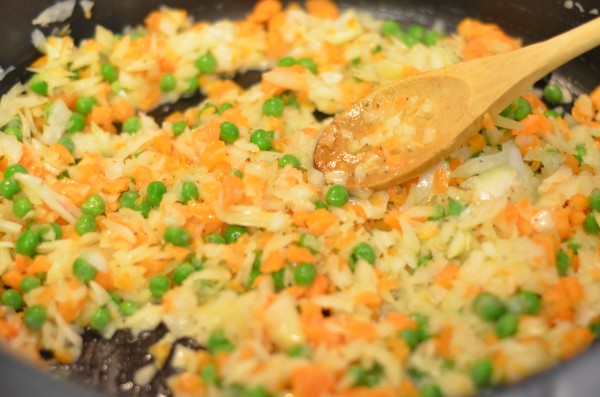 Next, I added the chicken and sprinkled on some flour for a thickening agent. 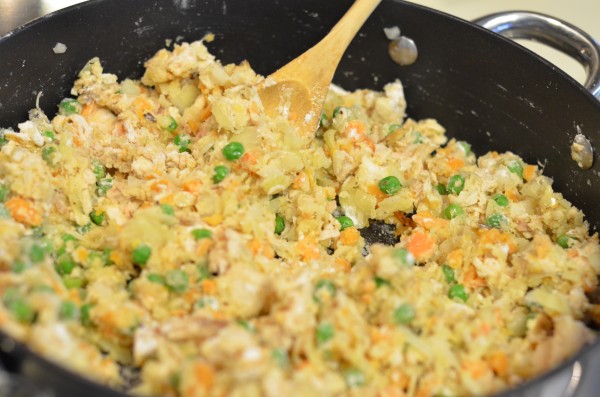 Then, the liquid – chicken broth and some white wine.  The wine really punches up the flavor in this recipe so I definitely recommend adding at least a splash. 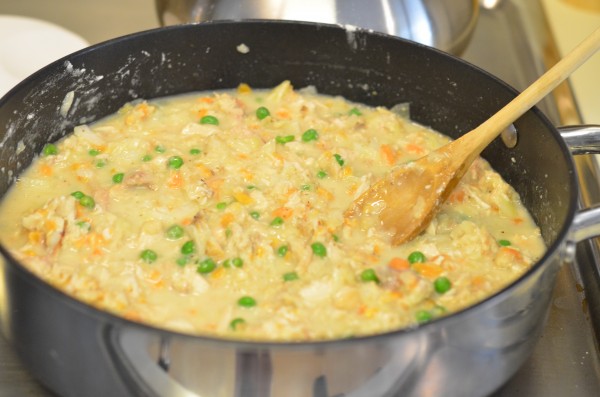 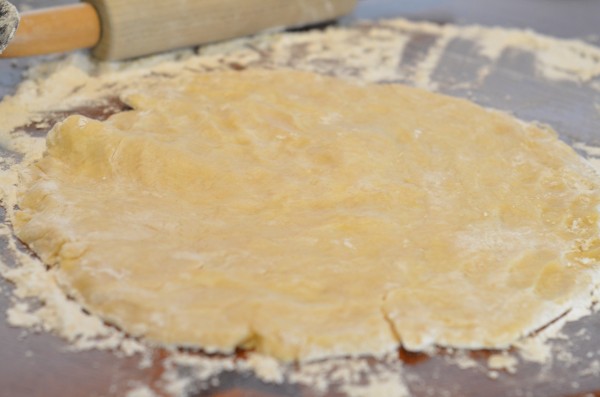 While the chicken mixture thickened, I worked on rolling out my pastry. 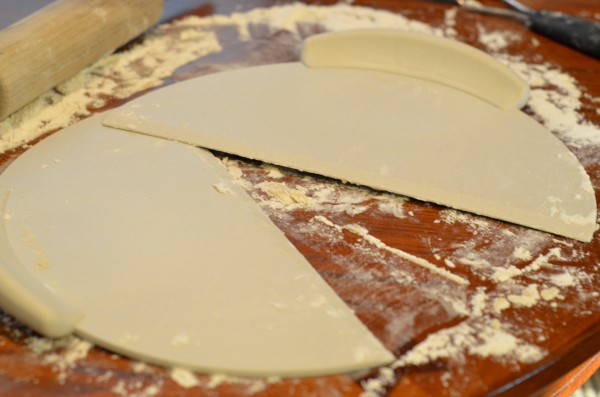 Luckily, I had my handy-dandy Pampered Chef pizza/ring/pastry lifters or I never would have gotten the crust up in one piece.

I assembled the pot pie and carefully placed it in the oven (it was VERY full, so be sure to use a true deep dish for this one).  At this point, two things happened.  First, our kitchen sink decided it had had enough and stopped draining.  Three days, $600, and two visits from the plumber later, the “jetter” (essentially a pressure washer for pipes) finally was able to clear the clog which the plumber promised was the product of years of build-up (and therefore, not entirely my fault).  Second, my oven decided to randomly shut off.  At one point during the pot pie cooking process, I opened the oven door to check on the progress and noticed that my oven was not nearly as hot as it should have been.  Argh.  Since the oven was being finicky and took a while to reheat, it took us a while longer to get the pot pie to start to brown.  We probably should have left it in there a little longer to get better color, but we were hungry.  That’s real life cooking for ya. 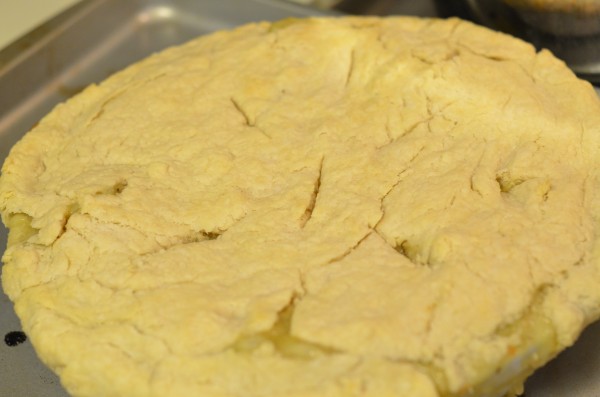 The finished product - not that pretty, but pretty appetizing. We dished it up with some hot biscuits (from the toaster oven).

Overall, this was a hearty and comforting dish that left us with plenty of leftovers.  The wine was key to the flavor and next time I’ll adjust the seasonings a bit to fit more to our tastes.  With such a flavorful dish, I’m not sure the homemade pastry really added that much.  For chicken pot pie I think I’ll stick with the store-bought pastry OR mix up some biscuit dough for a drop biscuit topping.  Well on my way to perfecting my pot pie!

One Response to Chicken Pot Pie