At the end of July we were very excited to head to Virginia to celebrate our friend Gabe’s wedding.  These are our top reasons why:

We arrived in Virginia late Friday night, but nonetheless took some time to catch up with our friends Josh and Kristen who had come from Louisville for the weekend.  They are expecting a new addition to their family this fall so we were glad they were able to make it.  We ended up staying up late (well, late for us) talking and watching the end of the Olympic Opening Ceremonies and enjoyed breakfast together on Saturday morning before heading out to the wedding site to hang out and help out where needed.  The wedding and reception were at Maggie’s (that’s the bride) sister’s home in “rural” Virginia.  I say rural because it was really out there.  Had to take a gravel road to get to the dirt road, out there.  Questioned whether the Honda could make it, out there.  But it was out there enough to be the perfect setting for a comfortable, casual wedding, which just suited the happy couple.

Kristen and I ended up helping Myra and Audra (Gabe’s mother and sister) prepare the table arrangements while Phillip and Josh put lights up in the tent for the reception. 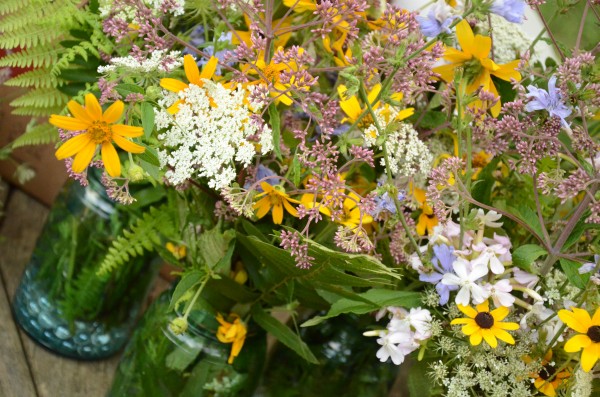 Beautiful wildflowers in mason jars for the centerpieces. 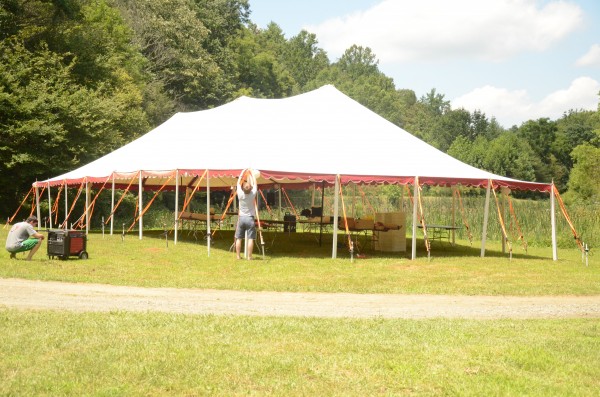 Josh and Phillip were pretty proud of themselves for rigging up those lights. They mentioned it several times throughout the evening. : ) 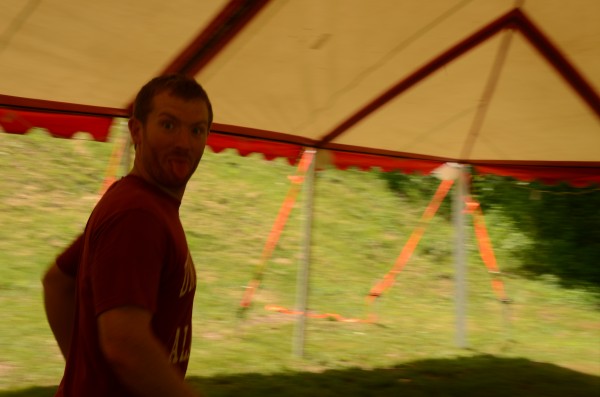 Gabe pre-wedding. Fun fact: Gabe, Josh, and Phillip all had on their Alabama shirts that morning. They were pretty proud of that, too. 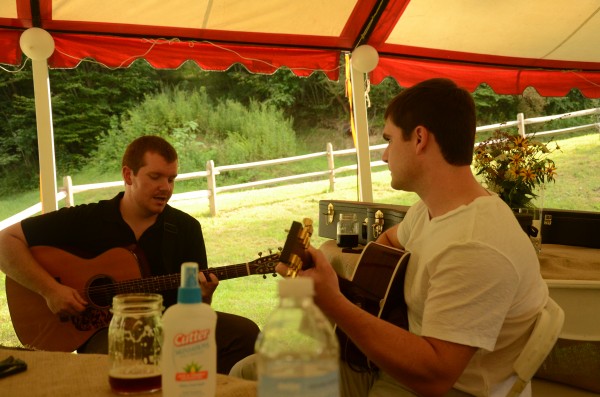 No, that’s Mitchell, not Gabe. It’s a common mistake. And quite frankly, it just amazes me how much they look alike and sound alike. Anyway, there were a few small jam sessions that afternoon. 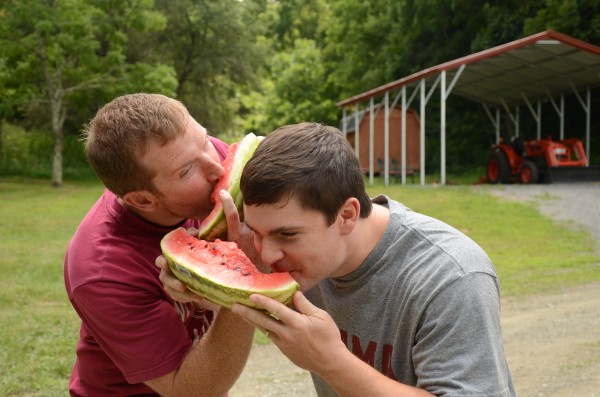 A few hours later it was time for the wedding.  Gabe and Maggie were married in a simple ceremony surrounded by their families and friends.  They even wrote their own vows which were sweet enough for tears. 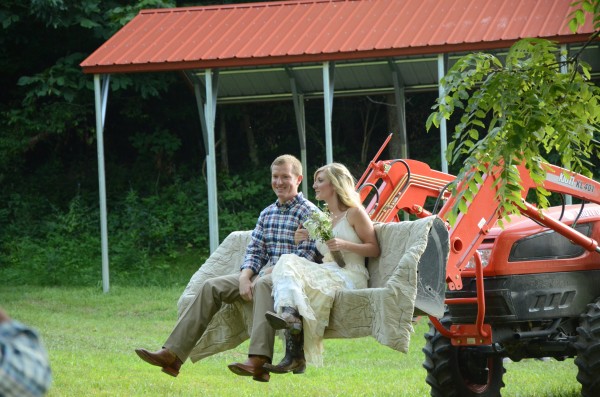 The couple made their grand entrance on a tractor. 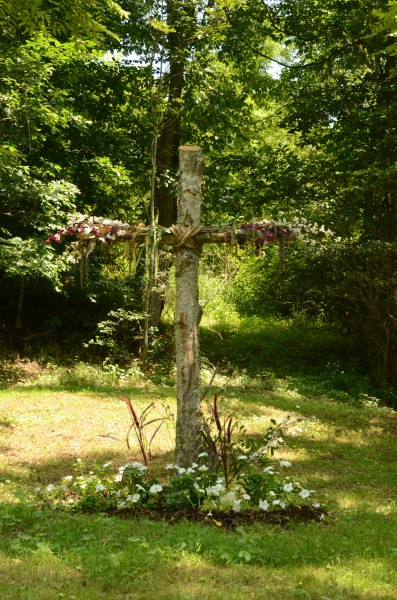 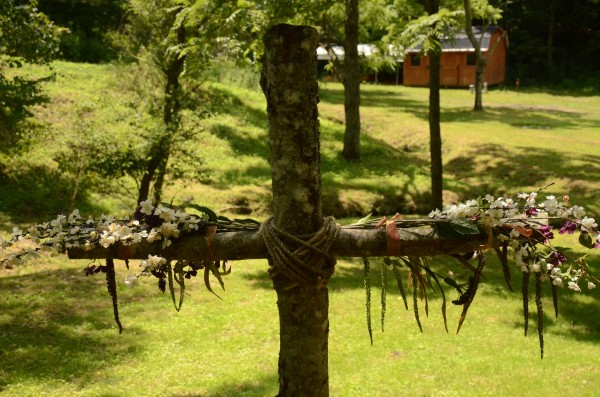 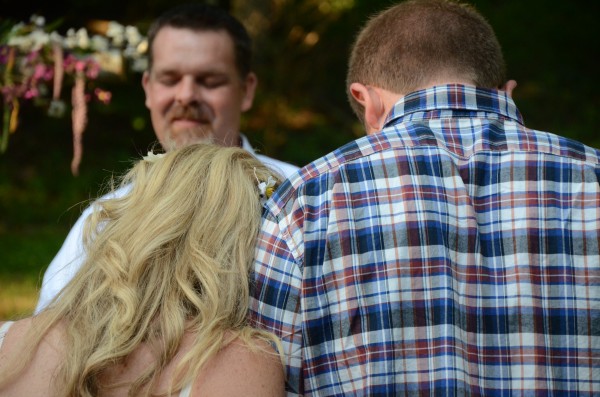 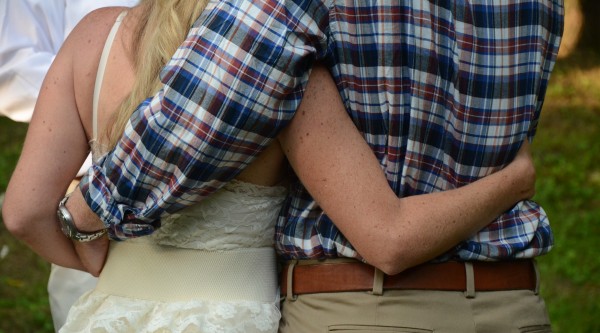 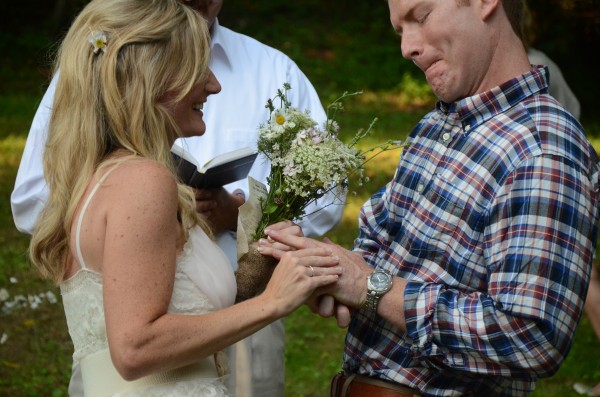 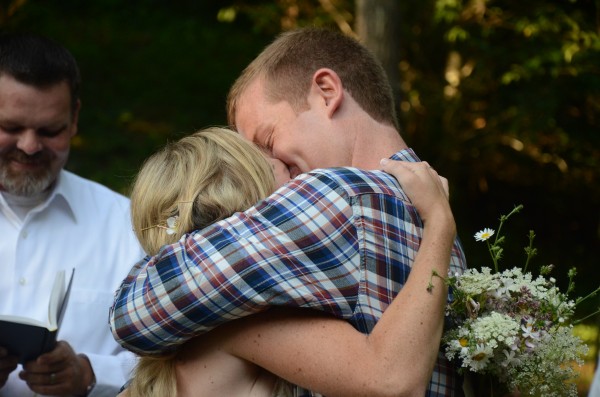 All married and stuff! 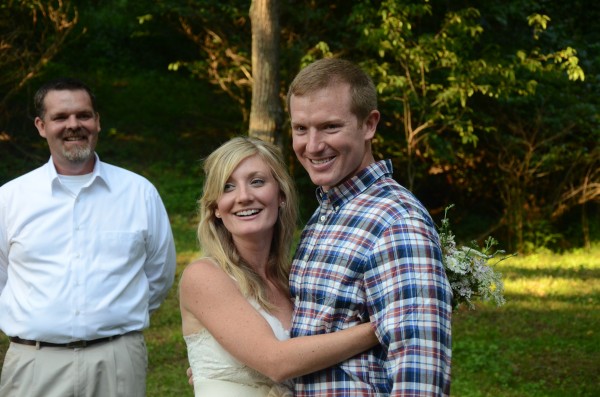 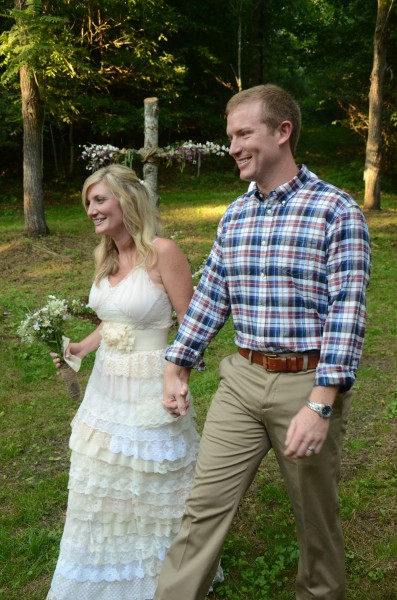 Then it was time for the reception, complete with a whole roasted pig, bluegrass band, and kegs of locally-brewed beer. 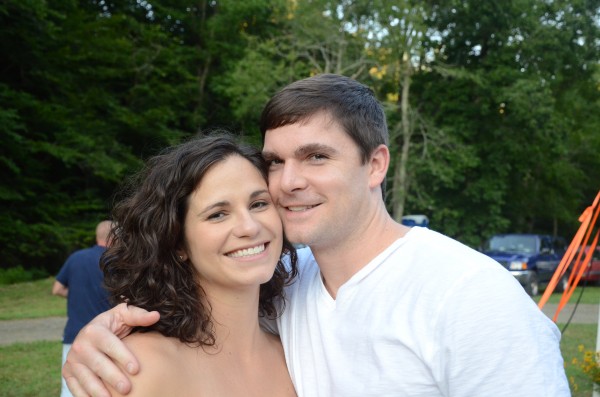 Josh and Kristen (and Dixie Dixon) 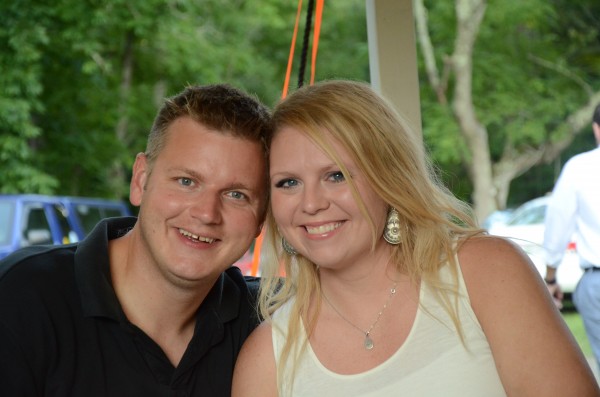 Matt and Katie – they’re next! 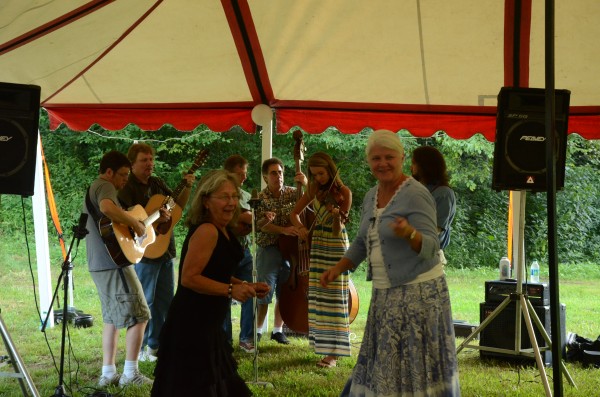 The band and some people I don’t know dancing. 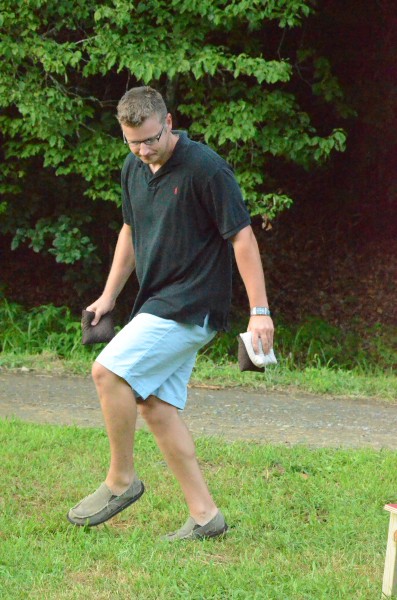 Matt took a break to show off his buck-dancing skills. Matt, we appreciate your efforts. 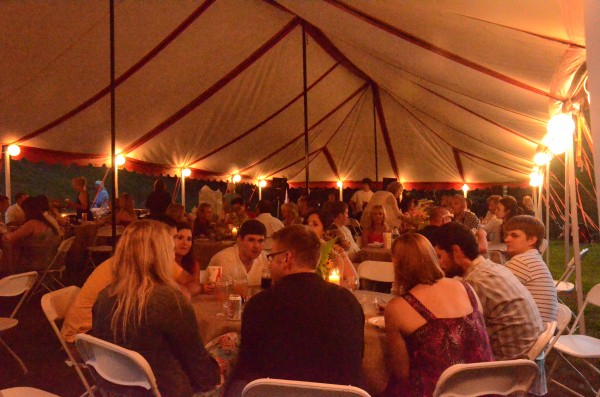 The band was good, but made a horrible, horrible mistake (at least for most of this crowd) by choosing to close the evening with “Rocky Top.”  I of course thought it was delightful and sang along, but the majority of the guests booed and immediately began plotting to make an encore out of “Sweet Home Alabama.”  Luckily, Josh is great at taking the stage at weddings with borrowed guitars so he was happy to oblige the Bama crowd.  Then, he followed it up with what is becoming a wedding tradition – “Wagon Wheel.”  He performed that at our wedding with a stage full of our friends and it was one of our favorite parts of the day.  We stayed until the end and had a great time.  So glad we could share in the day!

One Response to A Virginia Wedding